Hot weather strains the pipes that pump our water, the power lines that deliver our energy and the roads and railways that get us home at night. As global temperatures continue to rise, national infrastructure will be challenged as never before.

Climate change is intensifying heatwaves in the UK, an affluent country with the capacity and resources to adapt to warmer temperatures. Still, very little has been done over the past ten years to address overheating in buildings and the rising risk to critical infrastructure. The country is unprepared to handle temperatures of more than 38°C consistently for long periods, which is more common in Mediterranean countries.

Impact of heatwaves on UK’s infrastructure

UK infrastructure has typically been designed to retain heat during the winter, but it must become effective at keeping the heat out in the summer. As things stand, roughly 20% of existing UK infrastructure is at risk of overheating – and this threat is projected to rise as average temperatures climb.

Railways across the UK contain thousands of miles of steel track. Steel has a high thermal conductivity, which means it can absorb and transfer a lot of heat faster than other construction materials, and reach up to 20°C hotter than the surrounding air temperature. Steel rails lengthen in the heat, pushing against the base and sides of the track. When there is no room to expand the rail can buckle, which takes a few days to repair and necessitates significant delays.

In hotter European countries, including Spain and France, the steel used in rail lines is typically treated differently before and during manufacture. For instance, different alloys made be used, or the steel may be fabricated differently so that it can release heat stress more effectively once deployed.

About 40% of the British rail network is electrified, using both overhead lines and conductor rails. Power lines can sag in hot weather, so trains are ordered to travel at much slower speeds to prevent electrical fires. Slow journeys exert less force too, making it less likely the track will buckle.

Thankfully, modern overhead lines are less affected by hot weather as they contain auto-tension systems with springs or balance weights that adjust to varying temperatures. Older overhead power lines still contain fixed tension connectors to the trains and are much more vulnerable to failure during heatwaves – these must be replaced to prepare the UK’s rail network for hotter summers in future. 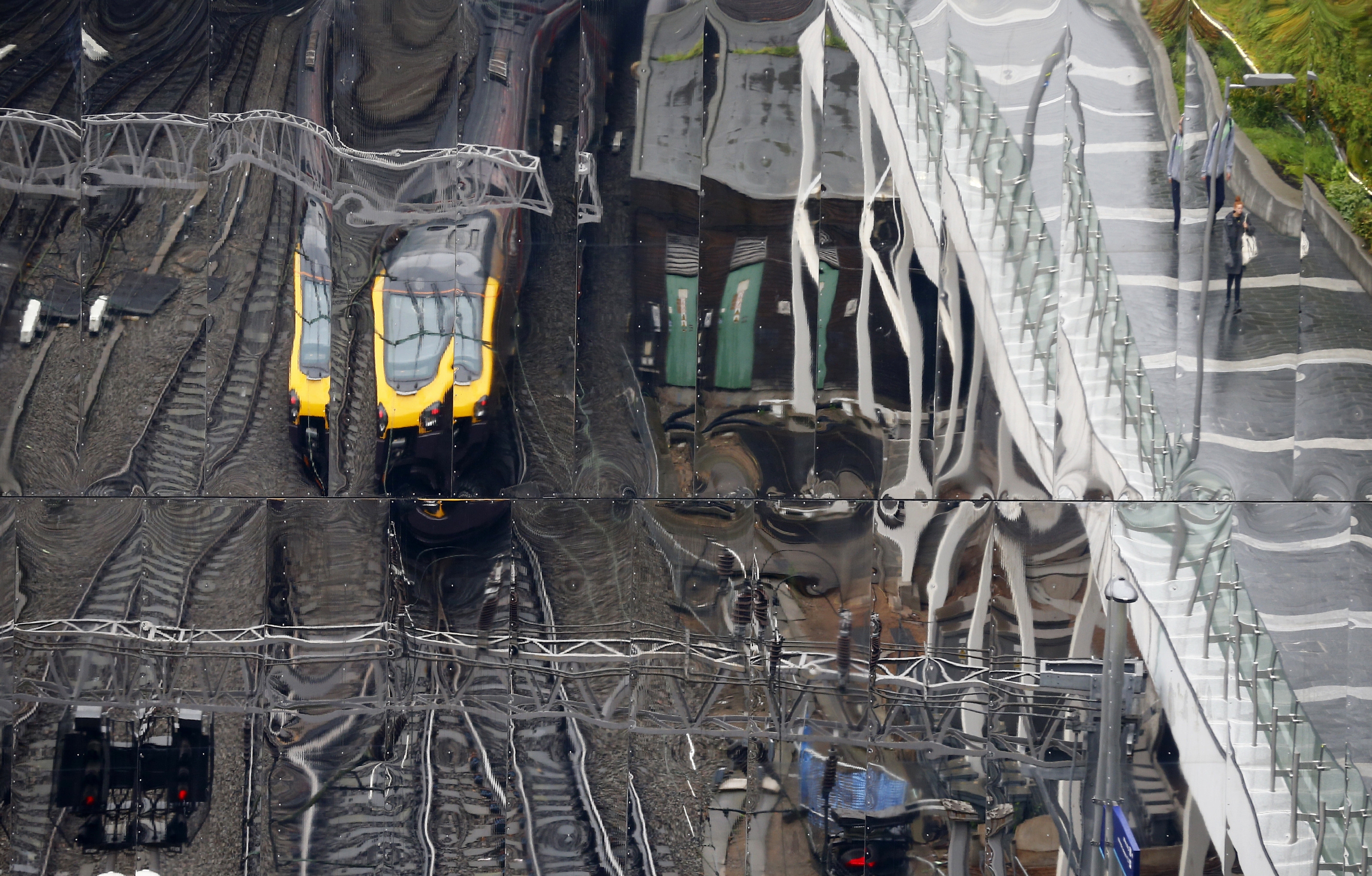 The UK’s railways need to be weatherised to withstand worsening heatwaves due to climate change. Image: REUTERS/Darren Staples

Water – pipe bursts during a heatwave

Water pipes don’t just burst or fracture during the colder months of the year. As households consume more water during hot weather, water pressure in underground pipes rises. Meanwhile, parched soil can become loose and dry, allowing room for water pipes to shift, particular the bends, joints and connectors. When combined with high temperatures and UV rays on exposed parts of the network, pipes may burst.

This ensures damage from overheating is limited, but more research is needed to make water utilities more resilient. In the meantime, the UK could expand the lifetime of its pipes by wrapping weak points more frequently and expanding the layer of protective material elsewhere.

Hot weather can cause big problems for the networks which generate and distribute electricity. Power transmission cables in the UK are often clad in aluminium or rubber, which are susceptible to expanding in the heat.

Pylons are typically encased in glass and ceramic – better insulators which prevent the structures conducting electricity. These are too expensive to coat vast lengths of transmission cables, though. Power utilities will need to research alternative materials to help wires and electricity flexes withstand higher temperature variations.

Similar to the transmission cables for trains, electrical power lines expand and slacken in extreme temperatures, increasing resistance and lowering how efficiently the entire system distributes energy. A severe drop in efficiency can shut down power plants and plunge people trying to keep cool into a blackout.

Building a net zero country demands not only a transition to zero-carbon technologies, but adapting existing infrastructure to withstand the challenges of climate change. An economy capable of slowing and eventually reversing global heating can only emerge if we adapt what already exists to the inevitable impacts to come.