These 7 simple habits could halve your risk of dementia

Researchers have found that people whose genes put them at increased risk of dementia can reduce their chances of getting the condition by up to 43% if they follow seven habits for healthy living.

It was already thought that a healthy lifestyle could cut the risk of dementia, but until now it has been less clear if this applied to people with genetic variants that make them more likely to develop the condition.

The World Health Organization (WHO) says dementia is the seventh leading cause of death among all diseases worldwide and is responsible for millions of older people enduring disability and dependency. With the proportion of older people increasing in almost every country, the WHO expects dementia cases to rise to 139 million by 2050.

A study from the American Academy of Neurology investigated whether people with a higher genetic risk could reduce their chances of getting the condition. Researchers followed almost 12,000 people for 30 years and scored them on how closely they followed the American Heart Association’s Life’s Simple 7 – a list of lifestyle habits linked to good cardiovascular health. 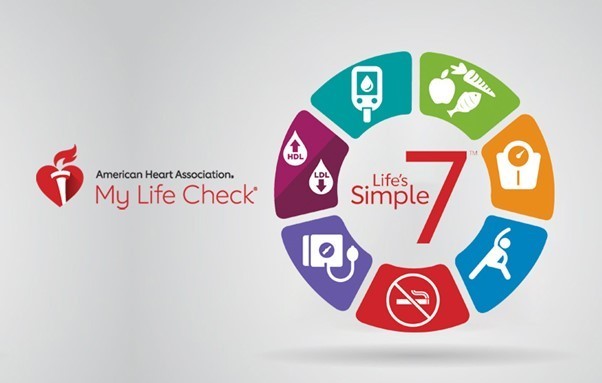 The seven habits are:

2. Control cholesterol. High cholesterol contributes to plaque which can clog arteries and lead to heart disease and stroke.

4. Get active. There’s strong evidence daily physical activity increases the length and quality of your life.

5. Eat better. A healthy diet is one of the best ways to prevent cardiovascular disease.

6. Lose weight. Shedding a few pounds can reduce the burden on your heart, lungs, blood vessels and skeleton.

7. Stop smoking. Smokers have a higher risk of developing a range of serious illnesses including heart disease.

Participants in the dementia study were asked to score themselves on a scale of 0 to 14 depending on how closely they followed all seven healthy habits. Researchers also calculated their genetic risk, based on whether they had variants linked to a higher or lower chance of getting Alzheimer’s disease, which is a major cause of dementia.

The participants had an average age of 54 when the research started. Around 9,000 had European ancestry and 3,000 African ancestry.

By the end of the study 1,603 people with European ancestry and 631 people with African ancestry had developed dementia. Those with the highest scores for following a healthy lifestyle were much less likely to have dementia, including participants who had genetic variants linked to Alzheimer’s.

Study author Adrienne Tin, from the University of Mississippi Medical Centre in Jackson, says: “The good news is that even for people who are at the highest genetic risk, living this same healthier lifestyle [is likely to] lower risk of dementia.” 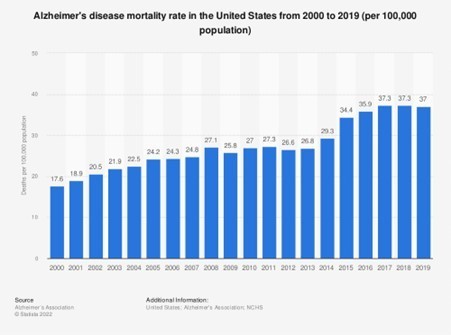 Alzheimer’s is among the 10 leading causes of death in the US. Image: Statista/Alzheimer’s Association

In those with European ancestry, participants with the highest scores for living healthily were up to 43% less likely to get dementia than those scoring lower. For those with African ancestry, following the healthy habits was linked to a 17% lower risk of developing the condition. But the study’s authors say the smaller numbers of people with African heritage taking part means the findings are less certain for this group, so more research is needed.

Dr Rosa Sancho, from Alzheimer’s Research UK, told The Times: “Dementia risk depends on many factors. Some, like our age and genetic make-up, we cannot change, while others like diet and exercise, we can. This study supports the idea that what is good for the heart is also good for the brain.”

If adopting these seven healthy habits can reduce the number of people who get dementia, it won’t just be individuals who benefit. The World Health Organization says dementia has high global social and economic costs too. Informal carers – including family and friends – spend an average of five hours a day caring for sufferers, and the global financial bill is expected to be more than $2.8 trillion by 2030.

There are many organizations around the world working to help accelerate advances in prevention and treatment of the condition. Davos Alzheimer’s Collaborative is led by the World Economic Forum and The Global CEO Initiative on Alzheimer’s Disease and is investing $700 million over six years into drug development and healthcare diagnostics.

Speaking at a meeting of the DAC Learning Laboratory in May 2022, its co-chair, George Vradenburg, highlighted the importance of remembering that Alzheimer’s can affect anyone, regardless of their economic, racial or geographic status.

“We are explicitly global in character. We want to make sure from the very beginning of this effort that we involve low- and middle-income countries and that we pay attention to all societies, all resource settings and all racial and ethnic legacies as we move forward on the path to cure Alzheimer’s.”