Cities with more green spaces can stay cooler in hot weather and provide fairer lives for their residents, experts say.

This suggests that trees do much more than keep cities cool.

Why are cities hotter?

Cities are full of structures and materials that absorb heat and then radiate it back into the urban environment – like roads, buildings, tarmac, and concrete.

Human activities such as driving and operating machinery also add to the heat generated in cities.

This hot city phenomenon is known as the urban heat island effect.

In the United States, data has found that urban areas can be between 1-7°F hotter in the day time and between 2-5°F higher at night time, according to the United States Environmental Protection Agency.

This means that in heatwaves, cities can be particularly at risk.

How does greenery help?

Trees provide shade in cities and deflect radiation from the sun. Along with shrubs, grass and other greenery, they also cool air and surface temperatures around cities by moving water from the ground into the atmosphere.

By absorbing carbon emissions, trees and other vegetation play an important role in helping to slow climate change and its warming effect.

Forest ecosystem charity American Forests says a fifth of the CO2 captured by trees and forests in the US is in urban areas. This reduces energy use in cities for heating and cooling by 7.2%. 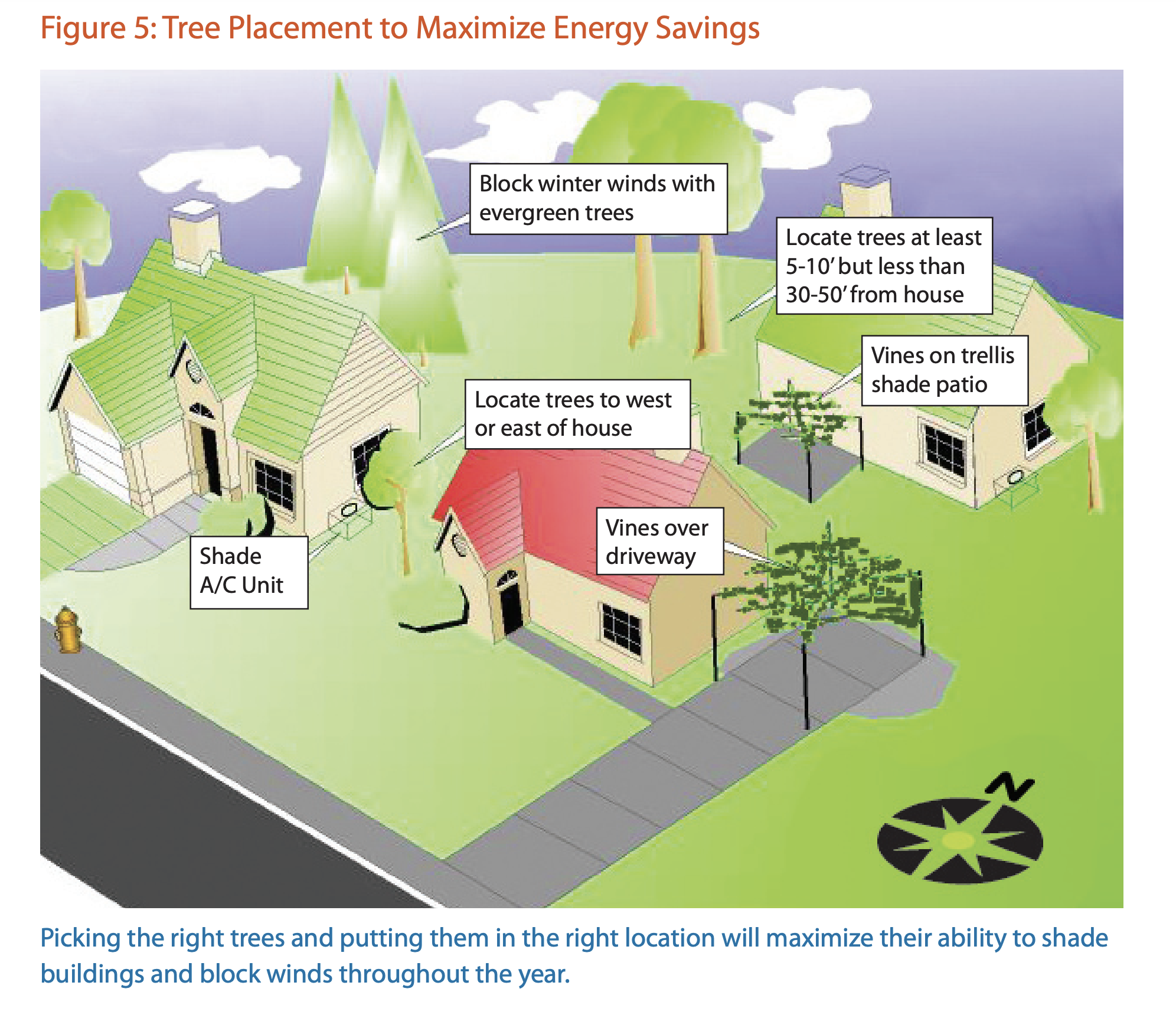 What’s the link between green cities and equality?

Planting and looking after green spaces in cities can be costly, notes the WRI, so not all communities can afford them.

Planning and policy decisions can also mean leafy areas are concentrated in areas designed to attract wealthy residents and tourists.

One of the results of having fewer green spaces is that neighbourhoods, where low-income residents live, are likely to be hotter than more affluent areas.

New research from the UK backs this up. Researchers at the University of Manchester and Friends of the Earth found that people of colour are four times more likely than white people to live in neighbourhoods most vulnerable to extreme heat.

Loss of green space and the removal of trees is worsening the heat risk in some urban areas.

“For instance, neighbourhoods which are less green tend to be hotter, and have fewer green spaces in which to shelter (gardens and parks),” the researchers say.

Their data suggests one in three people from minority ethnic groups is likely to live in a high-risk neighbourhood for heat, compared to one in 12 for white people.

About six million people live in these neighbourhoods, which should be prioritized for public funding to pay for climate adaptation measures, the researchers argue.

Cities around the world are developing urban greening solutions. In the US, a project called TAZO Tree Corps was set up in 2021 to bring ‘Tree Equity’ and urban forestry jobs to five US cities, including Detroit, Minneapolis and Richmond in Virginia.

The initiative responds to research showing lower income districts and Black, indigenous communities have 20% fewer trees on average than white neighbourhoods. The project involves creating a paid workforce of local people to plant and maintain trees in urban areas where they’re most needed.

In Amsterdam in the Netherlands, a smart rooftop system called RESILIO catches and stores rainwater to keep a layer of vegetation on building roofs watered. This puts unused space in crowded cities to productive use and helps cool buildings and the environment during the hottest and driest months of the year. In heavy rain, the system also reduces the risk of surface water flooding or flood-related building damage.

RESILIO is one of 15 innovations getting scale-up support through the BiodiverCities Challenge on Uplink, the World Economic Forum’s crowdsourcing platform for solutions to some of the world’s biggest problems. The challenge called for innovations to help make cities greener, healthier, wilder and fairer through nature.

Other submissions include a project to turn urban school grounds into leafy green spaces, to improve children’s mental health and wellbeing and help them connect with nature.

Trees For Cities, the charity behind the project, says urban spaces for children – like parks, playgrounds and housing estates – are often “devoid of biodiversity”.

The organization says it has proven its model in the United Kingdom, Rwanda and Kenya, and now wants to scale up in other parts of the UK and other cities in East Africa.