Where to draw the line between policing and protecting is an age-old ethical dilemma, and one that’s felt keenly when it comes to mental health.

A range of technological solutions to aid wellbeing and mental health have emerged in recent years. For example, it’s now technically possible to gauge someone’s state of mind by monitoring their posts on Facebook or Twitter.

But when would it be acceptable for the emergency services to show up or a doctor or counsellor to intervene?

These questions are addressed in a report launched at the World Economic Forum’s Annual Meeting of the New Champions in Dalian, China.

It’s a pressing topic, since one in four people in the world will be affected by mental or neurological disorders at some point in their lives and around 450 million people currently suffer from such conditions. 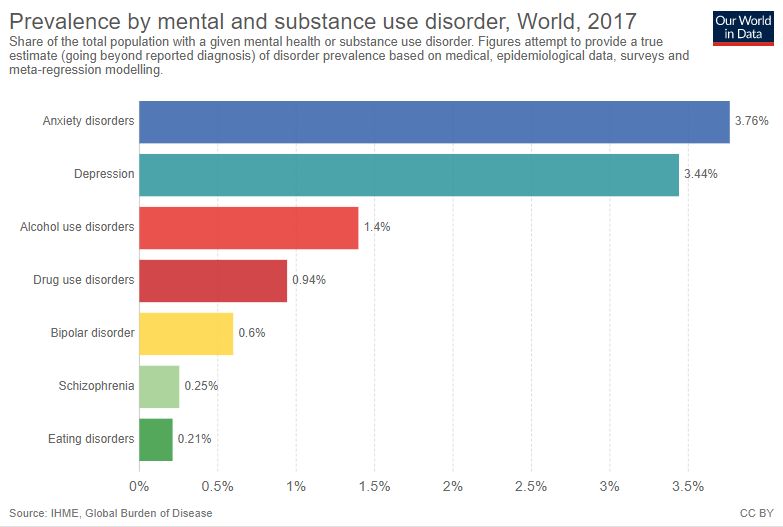 “Most mental illnesses are treatable, and yet, worldwide, some estimates suggest that around two-thirds of people experiencing a mental health challenge go unsupported,” the co-chairs of the Forum’s Global Future Council on Neurotechnologies, Elisha London and Murali Doraiswamy, wrote in the report.

“Even in wealthy nations such as the US and the UK, over 50% of people may receive no care. Such large diagnostic and care gaps call urgently for novel solutions.”

While the report advocates scaling access to mental health care using smartphones, wearable sensors and cloud-based deep-learning artificial intelligence tools, it also proposes an ethical framework to address issues like privacy, trust and governance, that could hold back the adoption of such initiatives.

One example is the harnessing of big data. Using AI to sift through and find patterns in the data that could inform treatment could offer many benefits, including improving prevention, diagnosis and prediction. But this must be done while respecting privacy, requiring de-identification and anonymization of data.

On the other hand, the report says there are a few occupations – typically involving a high risk to other people – where there could be ethical grounds for collecting and storing data and carrying out mental health evaluations to protect members of the public. For example, airline pilots are not routinely assessed for mental illness, even though preemptive assessments already exist for their physical health. 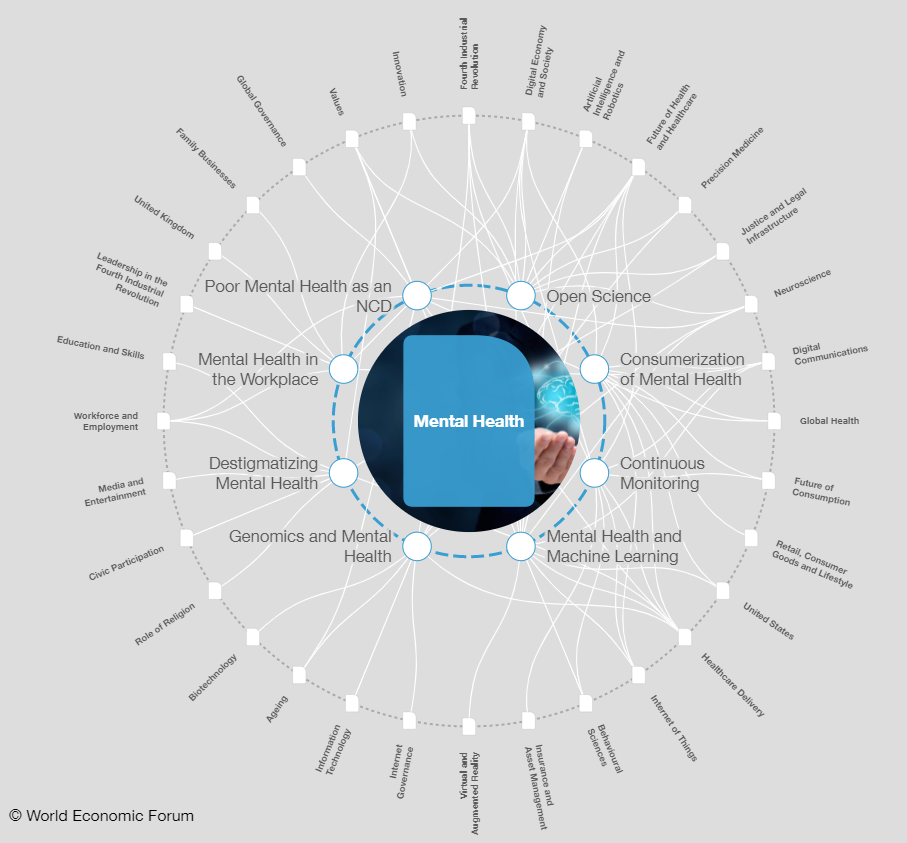 How mental health is connected to many other things.

According to the World Health Organization, good mental health enables people to realize their potential, cope with the normal stresses of life, work productively, and contribute to their communities.

The global cost of mental health conditions is projected to rise to $6 trillion by 2030, from $2.5 trillion as of 2010, according to a study published by the World Economic Forum and the Harvard School of Public Health.

With so much at stake, and such great potential on offer, finding new ways of addressing mental health could be hugely beneficial.