How the World's Top Athletes are Keeping Fit in Lockdown

Staying at home is a challenge for all of us. When you are an elite athlete used to daily training sessions with your team, isolation brings particular challenges.

In March, the 2020 Tokyo Olympics were postponed to 2021. Then in late April, Japan’s Prime Minister Shinzo Abe said it would be “impossible to hold the Games in such a complete form unless the coronavirus pandemic is contained”, emphasising that the health and safety of athletes was paramount. The International Olympic Committee supported his comments, while continuing to plan for 2021, under the guidance of the World Health Organization.

What does this mean for the 14,000 sportsmen and women who have spent the last four years preparing?

Anders Weiss is an US Olympic rower. He competed in the men's coxless pair event at Rio in 2016, and was looking forward to team selection for Tokyo 2020 when the postponement was announced.

“The biggest challenge is the mental aspect", he said.

"With this training, you put a hold on life, and that's definitely very difficult to do. I went to Rio in 2016. After that I had to sit down and say: can I do another four years of rowing? That's a very, very hard decision to make, because it's four years of your life.

Anders is keeping fit on his rowing machine in lockdown. His team post their daily training times on a shared Google document, to keep up with each other’s progress.

And throughout the pandemic, athletes across the world have come up with inventive ways to stay fit.

Dutch Olympic swimmer Sharon van Rouwendaal ties a rope round her waist so she can use her paddling pool like a water treadmill. 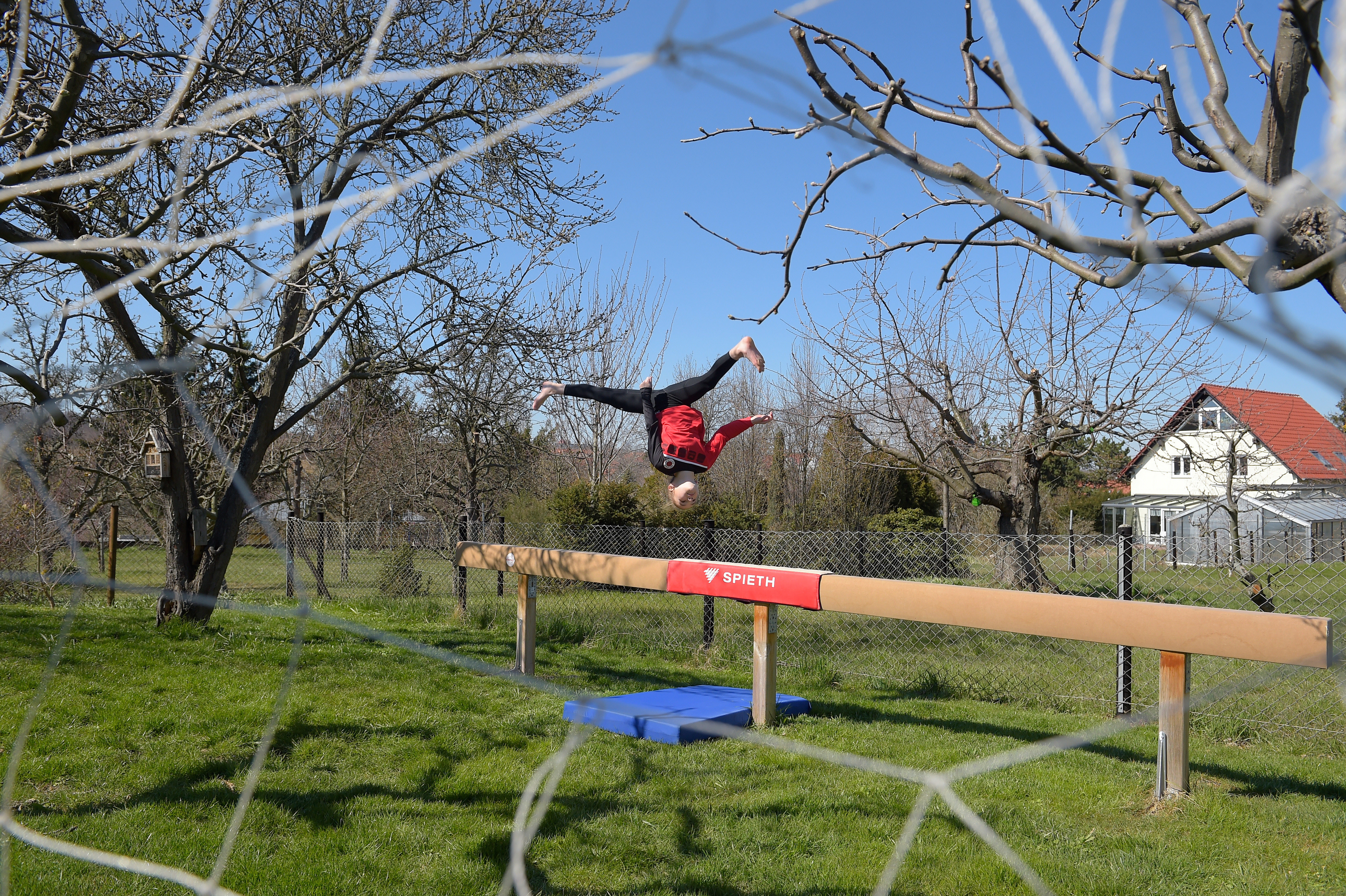 Lockdowns are slowly lifting, but many countries have a way to go before large team training sessions resume.

While in Spain, adults are now allowed to exercise outside the home for the first time in seven weeks, they must do it before 10am or after 8pm. In Italy, people can now exercise without having to stay in a 200m radius of their home - but team sports remain banned. And across the world, gyms, swimming pools and training grounds are still shut.

But Anders says many of his teammates and competitors are doing their best, despite the challenges.

“I don't think anyone's taking a long break or letting it hold them down for too long”, he said.