The war in Ukraine has disrupted farming and food supplies from a country sometimes known as the breadbasket of Europe. But the conflict has also focused attention on the need to find alternatives to globally traded foods, which were already under threat from climate change and expanding populations.

With 90% of global calories consumed by humans coming from just 15 crops, is it time to rethink what we eat? Just three grains – rice, maize and wheat – supply two-thirds of calories and are staple foods for over four billion people.

So scientists at the Royal Botanic Gardens, Kew, in the UK, have come up with some more radical alternatives that might help feed our world in troubled times. Here are seven foods we might all be eating by 2050. 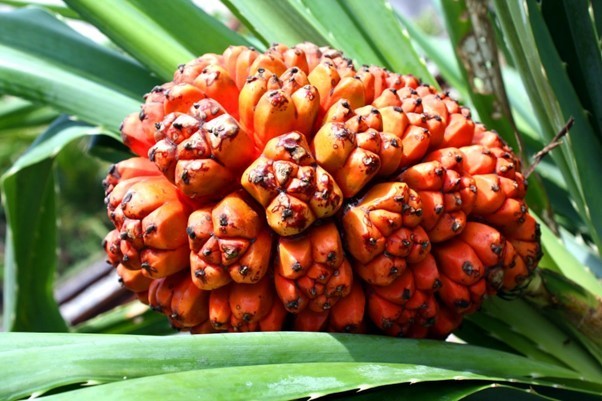 Could pandanus be a food of the future? Image: Wikimedia/Anton Croos

Like many of the foods in this list, the leaves and fruit of the pandanus tree, which grows around the Pacific Ocean, are already used by cooks across Southeast Asia. Its leaves are used in sweet and savoury dishes and its pineapple-like fruit can be eaten raw or cooked.

“It is a climate-resilient and nutritious food that is also delicious,” Dr Marybel Soto Gomez of Kew told the BBC. “It would be great to diversify our food portfolio to include food that is culturally appropriate, nutritious, and can be grown in challenging conditions all around the world,” she added. 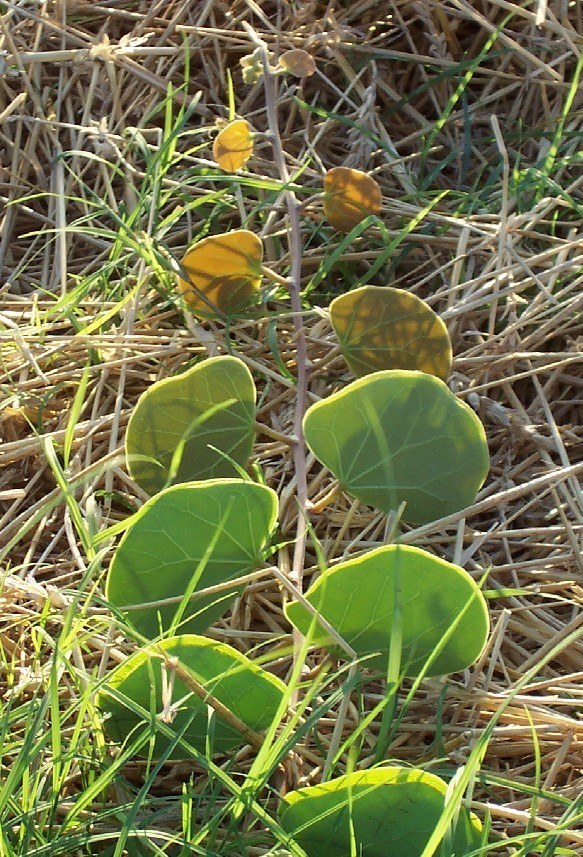 There are nearly 23,000 species of beans listed on Kew’s verified global checklist of legumes. The list includes chickpeas, lentils, soya beans and peanuts but also some lesser-known ones like morama, which is capable of surviving droughts.

Also known as Marama, Camel’s foot and Gemsbuck in southern Africa, it’s a staple in parts of Botswana, Namibia and South Africa. Beans are boiled with maize meal or ground to make porridge or a cocoa-like drink. It is being grown commercially in Australia and the US. 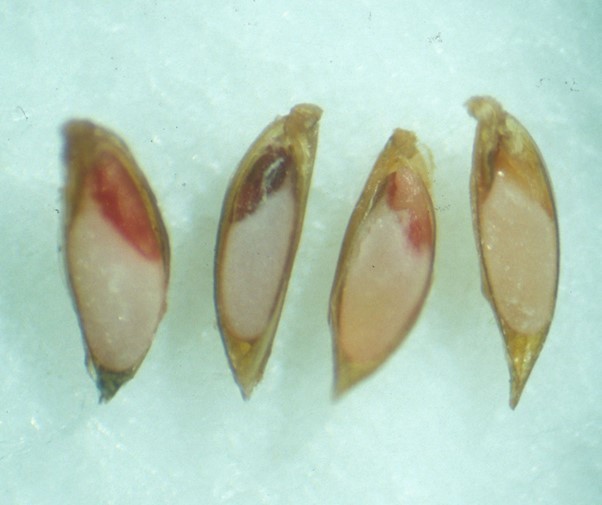 Fonio grains are one of the world’s oldest cereals. Image: RBG Kew

Over 9,000 species of grass have been recorded but only 35 have been cultivated as cereals around the world, according to the US Department of Agriculture. Fonio is one of the oldest cultivated cereals, dating back to 5,000BC, according to some estimates.

A staple in the drier areas of West Africa and one of Kew’s five ‘Foods of the Future’, fonio is a fast-growing cereal which is rich in iron, calcium and several essential amino acids. Its small grains are used to make porridge, couscous and drinks. 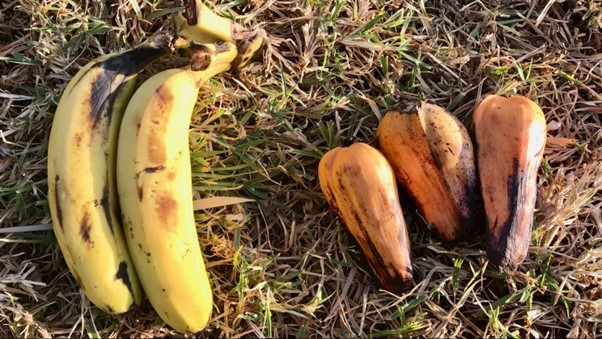 Enset or ‘false banana’ is a relative of the banana which is known as the ‘tree against hunger’, according to Kew, feeding 20 million people across Ethiopia – over a sixth of the population. If planted more widely across Africa it could feed 100 million people.

Although it looks like a tree, the enset is actually a giant herb. It not only provides food, but is a source material for weaving. The enset is also very resilient, tolerating droughts better than many other staples and scientists say 60 plants could feed a family of five for a year. 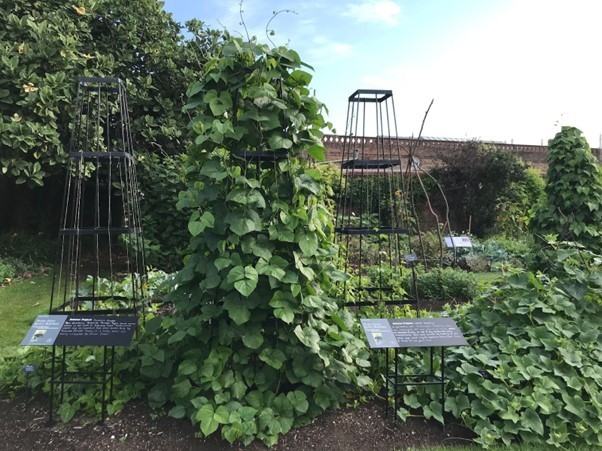 Also known as the hyacinth bean, lablab is grown as an ornamental plant in cooler climates but is grown for food in Africa and in India where it has been cultivated since at least 2,500BC. Its leaves are a rich source of protein and iron and are also used to feed animals.

The beans are nearly 25% protein and can be used to make tofu. Plant experts at Kew say that lablab could be grown more widely across the world as temperatures rise and they are working on developing a commercial crop version. 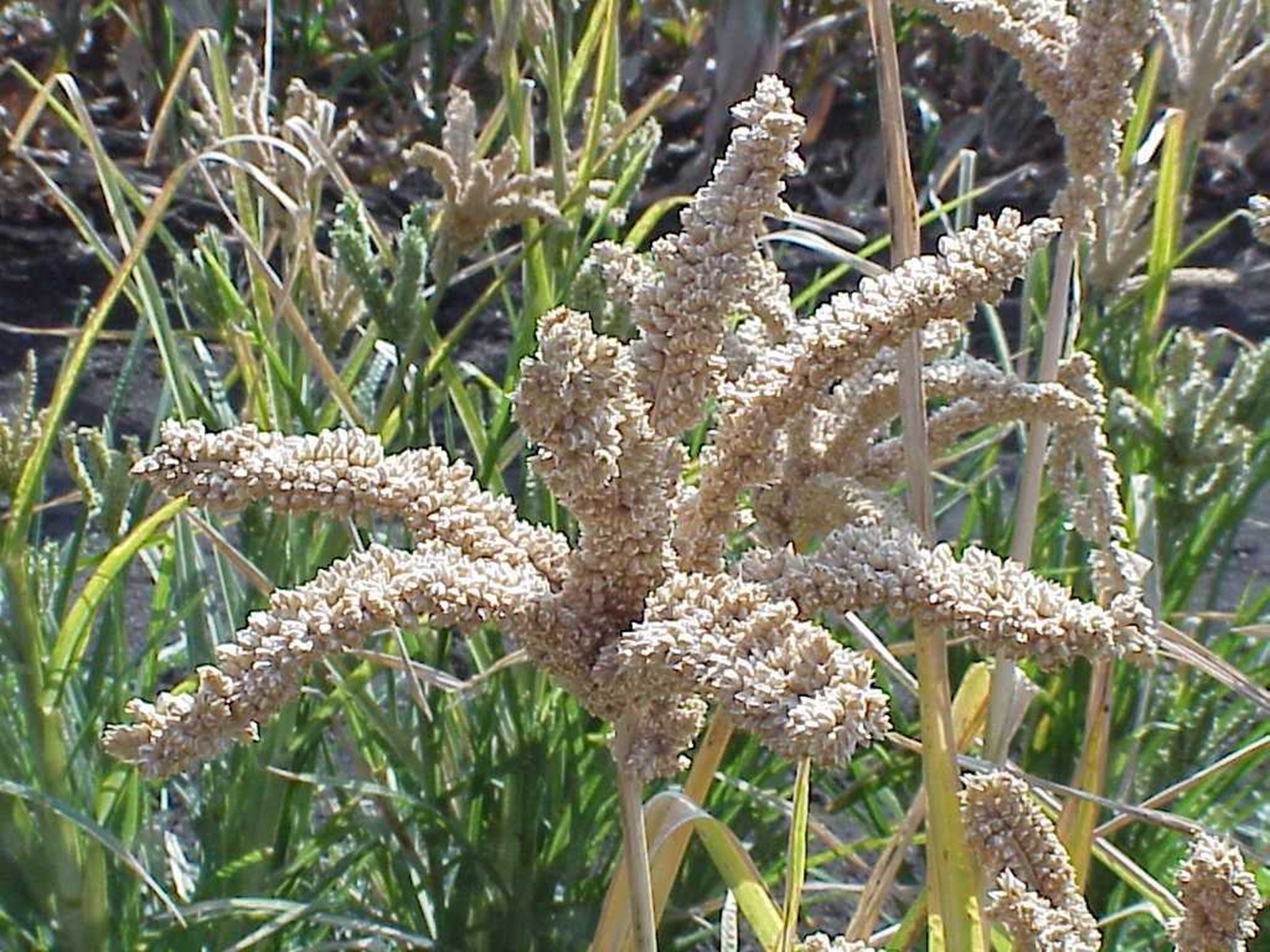 One of 29 wild relatives of established grain crops being studied by the team at Kew to assess their potential to feed the world, finger millet, so called because of the shape of its seed heads, is already established as a staple crop in India.

It is high in calcium and dietary fibre and helps prevent diabetes, say scientists. Known as Ragi in India, the grain is believed to have originated in Africa and spread to Asia in prehistoric times. Like other millets, it’s pest-resistant and grows well in tropical and semi-arid conditions. 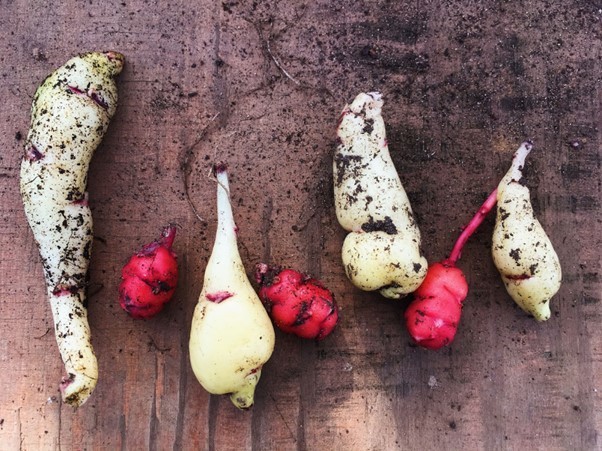 Could oca and mashua be tomorrow’s replacement for potatoes? Image: RBG Kew

Although they were first cultivated by the Incas in Peru as early as 8,000BC, potatoes are now eaten in at least 161 countries around the world. When it comes to finding sustainable alternatives, the Kew team are optimistic about two tubers – mashua and oca.

Like the potato, both plants originate from the Andes, but unlike the potato they are not affected by blight which can wipe out entire crops. Oca has a firm texture with a lemony taste while mashua has a peppery flavour.

The experts at Kew have over 7,000 edible plants in their database and, while all seven of these plants could be foods of the future, there’s plenty more species that may help feed the world as climate change – and political turmoil – render our current staples harder to find.